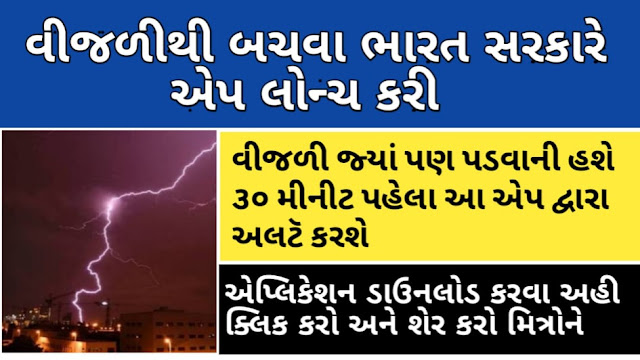 Ministry of Earth Sciences, Government of India has created a special app. With the help of this app, we will get a warning before 30 to 40 minutes of lightning. The name of this app is Damini, which can warn us before lightning strikes, as it gives information about rescue.

Damini: Lighting Alert Application by IITM-Pune and ESSO: Damini Lightning App has been developed by IITM-Pune and ESSO.
Applications are monitoring all Lightning activity happening exclusively for all India.
And if you are getting power through GPS information then alert you. Under 20KM and 40KM.
Instructions are taken in the app in the lightning prone area, detailing the instructions. The do's and don'ts for a specific situation are strictly followed when you have electricity for your security purpose.

You can download the Damini app for free from Google Play Store. This app is rated 4.7 on Playstore, as it has been downloaded by 10,000 people so far. During this application, you will enter your place name and get information about things there. If there is an opportunity of lightning, then this app will provide you information in English and Hindi language beforehand. According to the report, this app will soon be updated in other regional languages ​​as well. There are 4 options given below this app, out of which you will get information on how to save electricity and request for medical treatment first.

Let me tell you, this app developed by the Indian Institute of Tropical Metrology (IITM) was operational for six months. The senior scientist of the team that created this app, Dr. Sunil Pawar has said that electricity also falls on other places of the planet, but death is highest in India. According to the app, 2,000 people die every year due to lightning in India. In such a situation, people will get a lot of help from this app. 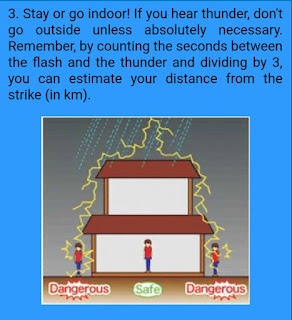 Damini: Lightning Alert App works within 40 km radius
Meteorologist HP Chandra of Raipur Meteorological Center told that this app will warn you before lightning strikes. It is often downloaded from the Google Play Store to any smart phone. After downloading the app, it detects your location via Google. This app will tell you if the electricity runs within a radius of 40 km or if the electricity is near to fall.