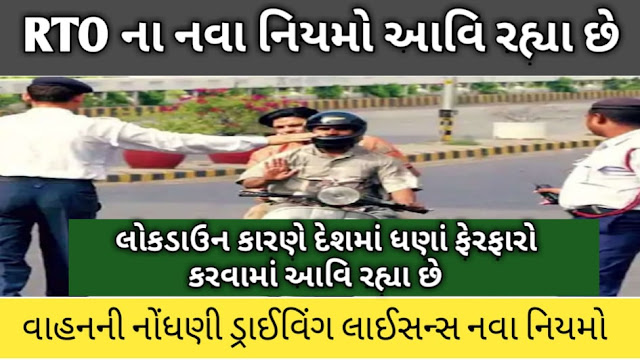 The Ministry of Road Transport and Highways has again sought suggestions and comments from all the appointments, including the Gujarat government, on proposals to amend the motor vehicle regulations. Suggestions have been sought for registration of new vehicles, recall of old vehicles and driving license. Earlier, the government issued a notification on 18 March. This means that the government issued a notification for the second time in three months and asked for its suggestions within 60 days.


Many changes are being made in the country due to demonetisation. In this episode, the rules related to driving license and registration of new vehicles will be changed in due time. In fact, the Central Government has sought suggestions from all the appointees on the proposal received for amendment in the Motor Vehicles Act. The government is insisting that the reform process be completed in the next few months. According to news agency PTI, the government has also issued a notification in this regard.

According to the instructions, if there is a defect in the vehicle, then the fine can be increased on the vehicle manufacturing company. The company is proposed to be fined between Rs 10 lakh and Rs 1 crore. However, these fines will depend on the type of vehicle and the number of defective vehicles.