Leave will not be extended: Schools will start from June 8, it has been decided for the admission process

Leave will not be extended: Schools will start from June 8, it has been decided for the admission process 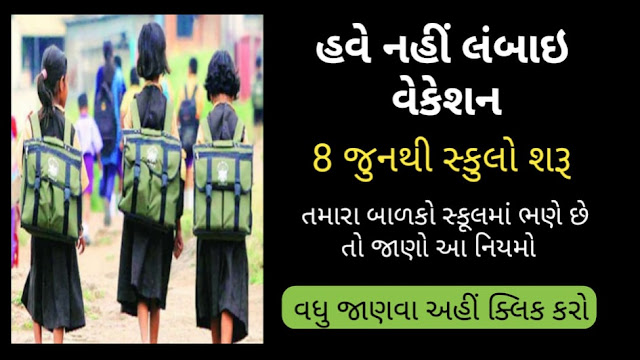 Given the current state of Corona and the uncertain future, the state government has finally decided not to extend the leave to schools. The new academic year will start as per the routine from 8 June and the school will also start as per the routine from 8 June, but students will not be called i.e. there will be no classroom education. The first semester will begin with home learning.

School will start without students

While the central government has left the decision to start schools and colleges to the state governments, the state government is going to start the new academic session as per the routine under Unlock-1. While colleges will start without students from June 21, schools will start without students from June 8. Education department meetings on leave in state schools have been going on for the last two days and after the meeting with the officials, the education minister today held a meeting with all the educational boards of the state. There is anger among the mandis on this. After a meeting with the synagogues, the government has announced the commencement of the new academic year 2020-21 as per the routine from 8 June.

Home-e-learning from June 15
The government today also passed a formal resolution to introduce e-learning in schools and at home. Accordingly, from June 15, in addition to various social media, educational programs will be broadcast on DD Girnar channel. For this, the program will be announced by GCERT and Gujarat Board. The new semester will start from 8 June in all schools from primary to higher secondary, including government-private schools and from 8 June textbooks will be distributed to government-corporation schools. The schools have been directed to distribute free text books to the students by 13 June. Std. 1 and Std. The process of new admissions in 9 will start from 8 June and the registration process for new admissions will start on DIAS. However, all employees, including the principal and teachers, have been ordered to attend regularly from 8 June.