DyCM Nitin Patel clarifies discussion on another lockout in Gujarat

DyCM Nitin Patel clarifies discussion on another lockout in Gujarat 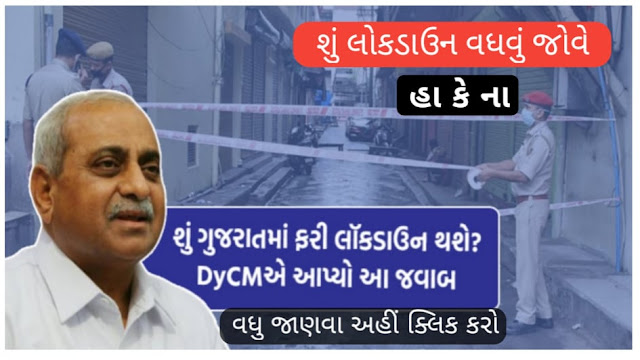 Gujarat, the home state of Prime Minister Narendra Modi, is one of the states most affected by the Corona infection. After Maharashtra, Gujarat was the state where corona outbreak spread very fast and the death rate due to virus has been a constant concern here. So after lockdown, the unlock is relaxed. Since then, corona virus cases have been increasing in the state. There were rumors that the lockout would be implemented again in Gujarat. Then there was chaos.

Lockout will not apply again in Gujarat

Rumors were flying in social media