In the midst of unlock-1 of Modi government, this government again put a strict lockout in 4 districts

In the midst of unlock-1 of Modi government, this government again put a strict lockout in 4 districts 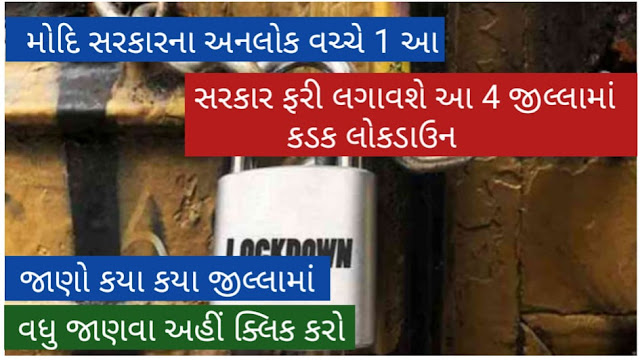 The incidence of corona in the country is very high. After Maharashtra in India, Tamil Nadu is concerned about a steady increase in the number of choro infections. In view of the new positivity of Corona, the local state government has decided to lockout four districts from June 19 to June 30 in several cities of Tamil Nadu, including Chennai. The four districts are Chennai, Kanchipuram, Chengalpattu and Thiruvallur. All these districts come under the jurisdiction of the Metropolitan Chennai Police.


The announcement was made by the Chief Minister of Tamil Nadu

Tamil Nadu Chief Minister EK Palanisamy called the lockdown "maximum restricted locking" between June 19 and June 30. This is a clear indication that the four districts where the lockdown is implemented will be strictly enforced. In Chennai alone, more than 30,000 corona infections have been reported. Every day about two thousand new cases are coming to light in Tamil Nadu. A total of 44,661 cases have been registered in the state so far. Of these, 435 have died. A total of 24,547 patients have been recovered so far. The lockdown has been implemented in view of the fact that most cases of infection in Tamil Nadu were coming from Chennai and nearby cities.