Home
state government decision till 29 May

A major decision of the state government, the bandh extended till 29 May

A major decision of the state government, the bandh extended till 29 May 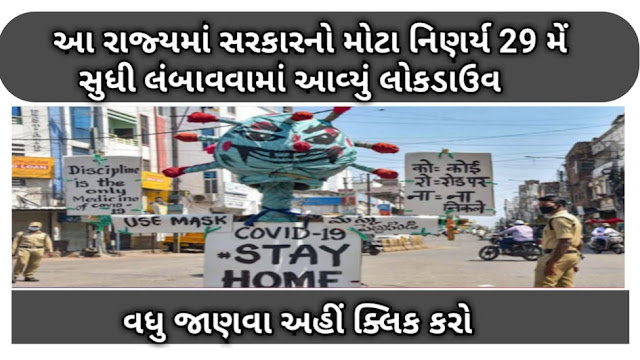 Amid the rising corona virus in the country, the Telangana government has taken a major decision, with Telangana Chief Minister Chandrasekhar Rao KCR saying that the lockdown period in the state has been extended till May 29.


Lockout in the country due to korana

Lockdown extended until 29 May


After a seven-hour cabinet meeting, Chief Minister Chandrasekhar Rao said, "People want the lockdown to be extended. Prime Minister Modi has also been informed about this." KCR said that the Central Government has also ordered to open shops in Red Zone but no shops have been opened in Hyderabad, Mechal, Suryapetas Vikarabad.

Curfew in the state after 7 pm.

Chief Minister KCRA said that the public should complete the procurement of essential commodities by 6 pm and reach their homes as soon as possible. The state will have a curfew from 7 pm. He said that if anyone is found in the meantime, the police will take action. In particular, the entire country has been locked up until 17 May.

1096 cases of corona in Telangana

Let us tell you, 1096 cases of corona virus have been reported in Telangana so far. In which 439 people are undergoing treatment. While 628 patients have been discharged after recovering.