The Modi government has announced to put money in the account of the poor due to the Corona crisis. After the nationwide lockout announcement, the government will pay Rs 500 per month in the public account of poor women. This amount of assistance will be given for 3 months 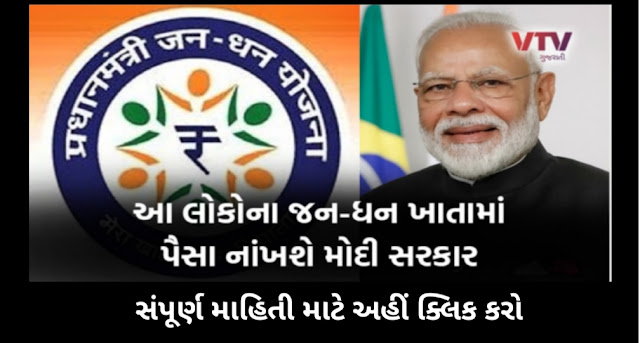 Modi government's big gift amid lockout
20 crores will be invested in women's account for 500 rupees
This benefit will be available for 3 months
Now the Indian Banks Association (IBA) has ordered all banks to start adding Rs 500 per month to the women's money account from 3 March. This month, this amount will be deposited in the women's account between April 3 and April 9.

The first installment in all accounts will come by 9 April

As per the central government order under the Pradhan Mantri Garib Kalyan Yojana, an amount of Rs 500 per month will be given to the Jan Dhan account of women for three months. As per the last digit of their account number, the money will be deposited in the account of the account holders on different days so that there is no confusion.

- The last digit of Jan Dhan account is 0 or 1, tomorrow, 3rd April, the money will be debited to their account.

- The last digit of Jan Dhan account, which is 6 or 7, will be credited to the account on 8 April

- The last digit of Jan Dhan account is 8 or 9, will be credited to the account on 9 April.

Significantly, after the lockout in the country, Finance Minister Nirmala Sitharaman had said that Rs 500 will be added every month to the reproductive accounts of poor women. Women account for 53 percent of the total Jan Dhan accounts. In this way, about 20 million women will get direct benefits.