Hurricane Rose may knock by tonight, high alert issued, know where will be the biggest impact

Another storm is moving fast in the eastern part of the country, raising concerns.

Rose flower will clash between Odisha and Andhra

Likely to reach the coast by tonight

Rescue forces deployed in large numbers in both the states

SDRF and NDRF have been deployed in coastal districts of Andhra Pradesh as a rose storm is likely to hit Odisha's Gopalpur and Visakhapatnam on Sunday. A large number of forces are also being sent to Odisha. 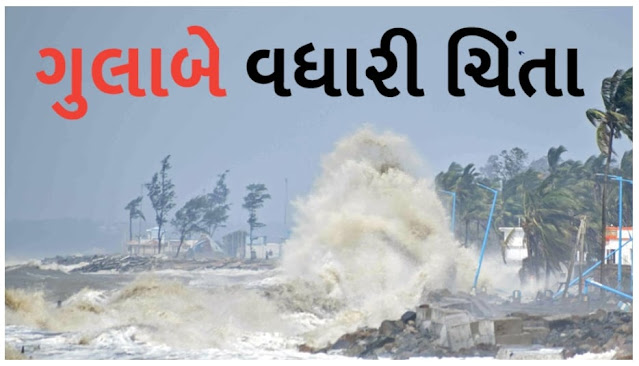 According to the statement issued by the government, fishermen in the districts including Visakhapatnam have been ordered not to go into the sea. In Ganjam district of Odisha, where there is a possibility of heavy damage due to the storm, the system is also running.

Wind will move at a speed of 95 kmph

According to the IMD, the deep pressure in the Bay of Bengal is gradually moving towards India, with the present storm moving towards the coast at a speed of 14 kmph. The IMD said that the storm is likely to hit the Odisha coast between Visakhapatnam and Gopalpur between Andhra Pradesh and Andhra Pradesh by the evening of September 26. Significantly, when the storm comes, the wind speed is estimated to be 95 kilometers per hour.

While there is a possibility of a rose storm in the eastern part of India by this evening, the effect of the rose storm will now be felt in Gujarat as well. A deep depression in the Bay of Bengal is causing a storm, due to which a yellow alert has been issued for heavy to very heavy rains, while thunderstorms are also expected in Gujarat. Heavy rain and thundershowers are expected across Gujarat from September 27. The cyclone will cause a change in the climate of the state with the forecast of heavy rains in some areas from September 27. There is a possibility of heavy rain in the districts of South Gujarat and Saurashtra from September 27 i.e. tomorrow, while the districts of Central Gujarat and North Gujarat are expected to receive rain on September 28.