The central government has announced free ration for the poor for the months of May and June. At this time if any dealer is hesitant to give free ration then you can complain here. 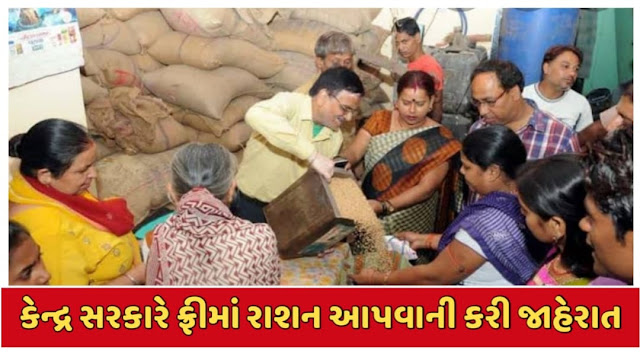 Central government has announced to give free ration

Complain if dealer does not provide ration

The central government has announced to give free ration to the poor in May and June as the country is facing a Choro crisis. Under the Pradhan Mantri Garib Kalyan Yojana, 5 kg food grains will be given free of cost to the poor. It is believed that 800 million people will benefit from this decision of the government. The central government also gave free ration to the poor of the country last year. If you have a ration card and you are not getting free food grains from the ration dealer, you can make a complaint on the toll free number.

The toll-free numbers of each state are available on the National Food Security Portal (NFSA). You can call and file your complaint. You can also register a complaint by sending an e-mail to the NFSA website https://nfsa.gov.in. The method of making ration card is different in every state.

To overcome the problem of ration distribution system, the government has introduced a system of filing complaints to provide ration to all. If the ration card holder is not getting his food quota, he can call the toll free number and file a complaint.

Who gets what and how much grain

Where to get free ration

Under the Pradhan Mantri Garib Kalyan Food Scheme, free food grains will be available at the same ration shop in May and June. Where can I get a ration card? The scheme was launched by PM Modi during the lockdown due to the Coro epidemic last year.