Corona is picking up speed again, negligence will fall heavily

Corona is picking up speed again, negligence will fall heavily

The number of new corona virus cases in India has again broken records. Today, the highest number of cases have been reported this year. 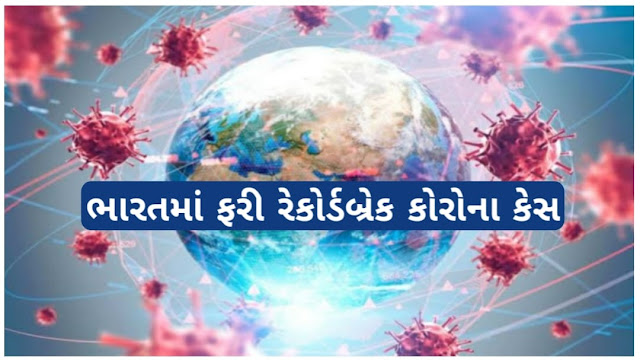 The graph of corona virus in the country is growing again very fast. The number of new cases of corona virus is increasing every day and for the first time this year more than 25 thousand cases have been reported.

According to the Ministry of Health, there have been 25,317 new cases of corona virus in India in a single day. 158 patients have lost their lives fighting Corona. 16,637 patients have contracted the corona virus. Earlier, on December 16, 26,624 cases were reported. The total number of cases of corona virus in the country has increased to one crore 13 lakh 59 thousand. So far, one lakh 58 thousand people have lost their lives due to Corona virus. The number of active cases in the country has also crossed two lakh and ten thousand.

Vaccination work is also in full swing in the country

The highest dose of vaccine was given in Uttar Pradesh

The highest dose of vaccine is given in Uttar Pradesh. Where 3.3 lakh doses have been given. Currently 2 vaccines Kovishield and Kovaskin are being given in the country. However the country is still working on 6 other vaccines. Experts also say that a second dose of vaccine should be given to people if the vaccine needs to be controlled quickly. So that people can avoid corona infection.

Ahmedabad and Surat are again becoming centers of Corona

It may be mentioned that Ahmedabad and Surat are once again becoming the hub of Corona and keeping in view the situation, door to door survey has been started in metros and as a precautionary measure, to ensure compliance with the rules Steps are being taken for Kovid-19.