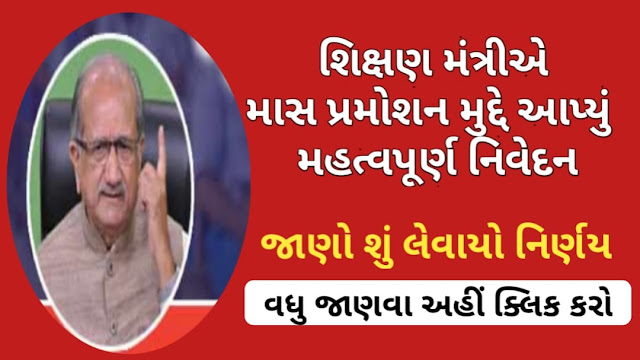 Discussion on mass promotion before commencement of schools

No consideration for mass promotion in schools

The most impact of coronavirus is being seen in the education sector. Due to Corona, the school-college is currently closed and only online courses are running. At that time, there is a discussion of mass promotion before starting schools.

State Education Minister Bhupendrasinh Chudasama said that online courses are currently running in schools. The final new exam will be held at the end of the year.