Important news / Is there not fireworks on Diwali? Gujarat government will take decision today

The National Green Tribunal has issued a notice to other states including Gujarat to ban fireworks. In addition to air and noise pollution, the Gujarat government has also taken action on the issue regarding firecrackers in view of the current situation in Corona. According to sources, a meeting of Chief Minister Vijay Rupani, Home Minister Pradeep Singh Jadeja and other senior officials of the Home Department-Gujarat Pollution Control Board is going to be held. 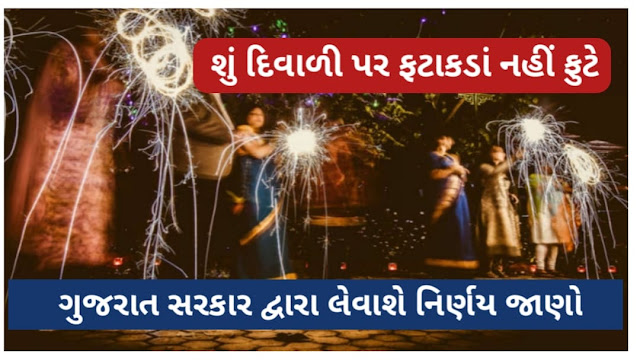 Home Department: A meeting of senior officials of Gujarat Pollution Control Board will be held

The state government will announce its decision on the issue of banning fireworks after considering all aspects of the issue. Fireworks increase the level of air and noise pollution during Diwali. Given all these circumstances, the governments of Rajasthan, West Bengal and Odisha have banned the sale and firing of fireworks. The Delhi government has also announced a ban on fireworks.

Now the Gujarat government has also started thinking in this direction. On the other hand, the crackers market has collapsed due to Corona with the coming of Deepawali. Due to Diwali, traders expected the fireworks trade, but a new disaster is expected. Concern among firecrackers has increased after the government considered it.