Big news for school opening and exams in the state

Big news for school opening and exams in the state

After Diwali, there has been a flurry of meetings in the Education Department on the issue of starting schools in the state. It is worth mentioning that according to information received from sources, schools can be started in the state on the basis of standard 10 and 12 board examinations. It is to be noted that the school administrators have shown readiness to provide physical education to the students with 50 percent capacity. 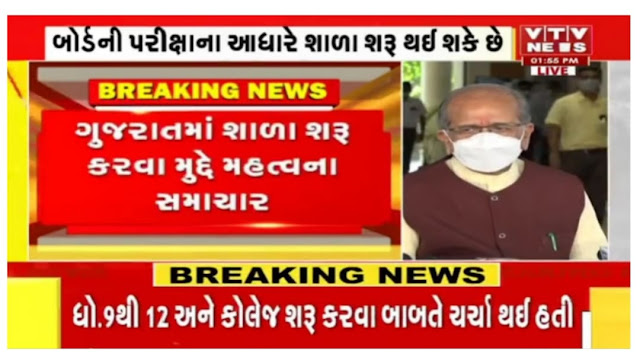 Board students are required to receive physical education

SOPs for standard 9 to 12 are likely to be declared in the initial phase. The Education Minister said that after making the SOP public it would be discussed with the Chief Minister and then a final decision would be taken on the issue of reopening the schools. Bhupendrasinh Chudasama further clarified that only a limited number of schools can be allowed to open under the guidance of the Health Department.

According to sources, schools in the state can be started on the basis of standard 10 and 12 board exams. School administrators have shown readiness to provide physical education to students with 50 percent capacity.