The Food and Public Distribution Department has canceled 4.39 crore fake ration cards since 2013 to identify eligible beneficiaries under NFSA. Instead of canceled ration cards, regular and new ration cards were issued to eligible and eligible beneficiaries or families. A number of steps have been taken to bring transparency and efficiency to its operations as part of a targeted campaign to modernize and improve the technology-supported PDS nationwide public distribution system (PDS). 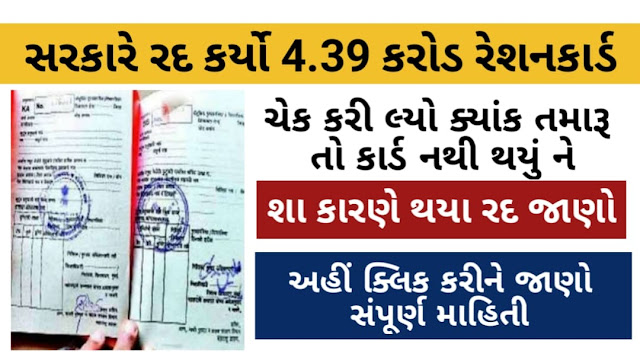 This led to the cancellation of ration card

After digitizing the ration card and beneficiary database, linking it with Aadhaar, identifying inappropriate or fake ration cards, preventing duplication of digitized data and identifying cases of beneficiaries going elsewhere or dying, states and The governments of the union territories spent a total of Rs. The ration card has been canceled.

In particular, under the NFSA, TPDS 81.35 crore people are being provided food grains at very low prices. According to the 2011 census, two-thirds of the countrys population is people. At present, more than 80 crore people in the country are being provided food grains (rice, wheat and other coarse grains) under NFSA at affordable rates of Rs 1, Rs 2 and Rs 3 per kg announced by the Center.