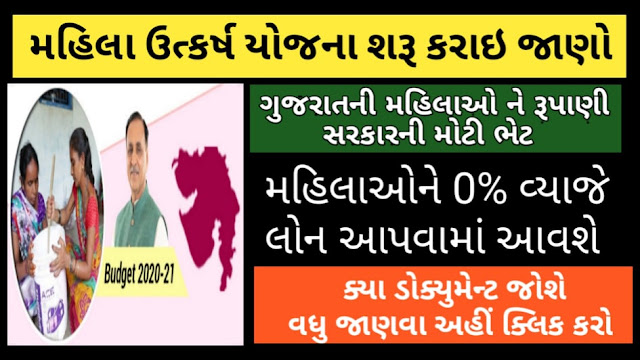 At the same time, more than 1 million women will get loan at 0% interest. The interest of the bank loan will be borne by the state government. The women power of Gujarat will come forward to realize the resolve of the Prime Minister of self-reliant India. On September 17, the birthday of Prime Minister Narendra Modi, the Chief Minister Mahila Utkarsh Yojana will be presented for the state's mother power. 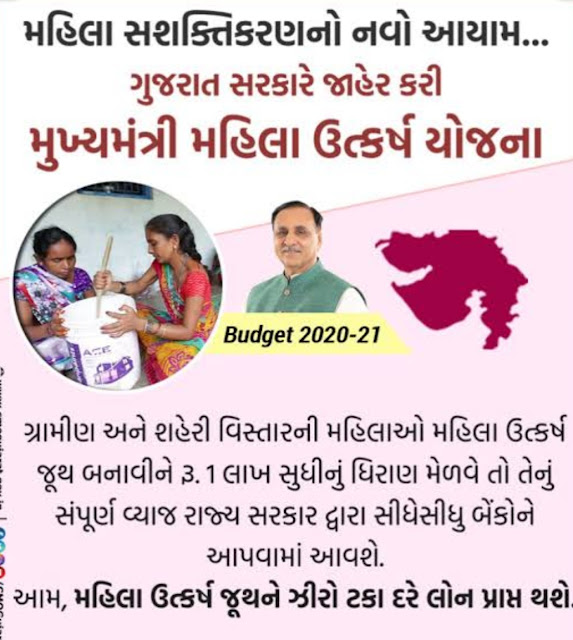 1 lakh women groups of the state will get the benefit

Let me tell you, this decision will open a new path for self-sufficiency of women power-mothers and sisters in the changed economic and social lifestyle after Corona. A total of 10 lakh mothers and sisters from the 1 lakh women groups of the state will be able to take advantage of the Chief Minister Mahila Utkarsh Yojana.

Up to Rs 1,000 crore will be provided to women's groups

Under this scheme, a total of up to Rs 1000 crore will be provided to women groups. Interest on the bank loan will be borne by the state government and the necessary stamp duty for the loan will be waived. Rupees. Loans of Rs 1 lakh will be available from government, cooperative, private banks, lending institutions approved by the Reserve Bank of India.