Good news for Garba enthusiasts, Navratri can be held in Gujarat

Good news for Garba enthusiasts, Navratri can be held in Gujarat

With the Navratri festival coming to a close, the most concern for Garba enthusiasts is whether Navratri will be held this year amid the Koro epidemic. Gujarat Deputy Chief Minister Nitin Patel has hinted at Garba's plan. He said that Navratri is being considered for approval. The deputy CM has made an important statement when Garba is the identity of Gujarat. 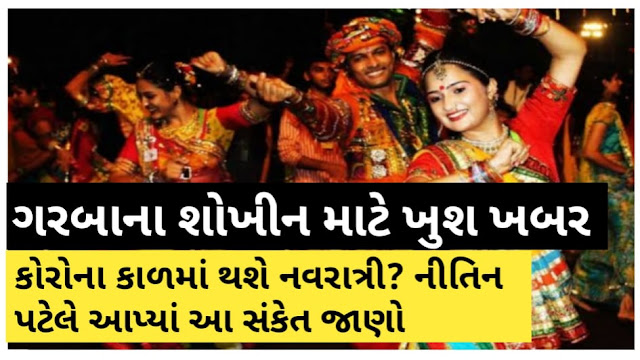 These signs were given by Nitin Patel regarding the planning of Navratri
Deputy Chief Minister Nitin Patel said that he would consider whether Navratri will be celebrated in Gujarat. He told a press conference that sons and daughters who have been waiting for Navratri for years are eager to roam in poverty. In view of their sentiments, the Gujarat government may consider a proposal to celebrate Navratri.

He further said that Garba is the identity of Gujarat. So how many people want to play Garba, how long and how long Garba can be played will also be considered. He further stated that ending the Corona crisis was also necessary.