When will the school-college start in Gujarat? Deputy Chief Minister Nitin Patel gave this answer

When will the school-college start in Gujarat? Deputy Chief Minister Nitin Patel gave this answer 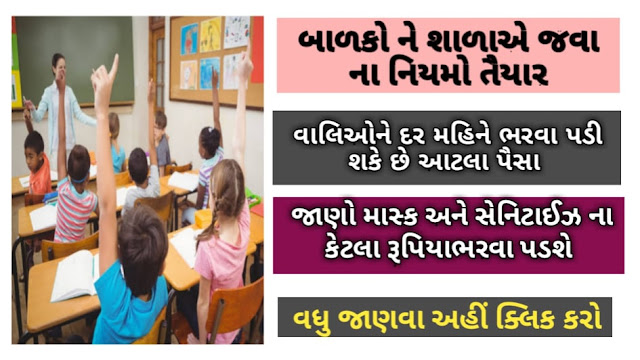 The fifth lockdown has started today with the new name Unlock-1, after the Corona virus implemented a nationwide lockdown. According to the new guidelines announced by the central government on Saturday, the state government may decide to open schools and colleges according to the state of its state. Therefore, today an important statement was made by the state Deputy Chief Minister Nitin Patel.


Deputy Chief Minister Nitin Patel's statement on the issue of starting schools in the state
Expert opinion will be sought on starting schools
Holidays in schools will remain the same
It is noteworthy that shop-offices have started in Gujarat from today. However, no decision has yet been taken by the government on starting a school-college. Clarified the issue.

Decision regarding school-college will be taken after next July

State Deputy Chief Minister Nitin Patel said that the current holiday will remain the same. The decision to open a school college will be taken after discussion with experts and school administrators on the issue from next July onwards.

Parents may be charged the price of sanitizers and masks
According to school administrators, a child may have to spend 300 to 500 rupees per month. So schools have now started making sanitized tunnels, sanitized machines, thermal guns, masks. At that time, some administrators are also discussing that if we have to follow all the rules as per the government's guideline, we will have to recover this additional cost from the parents. However, it is unclear how much can be charged.