Lockout in this taluka of Gujarat from yesterday, find out why this decision was taken

Lockout in this taluka of Gujarat from yesterday, find out why this decision was taken 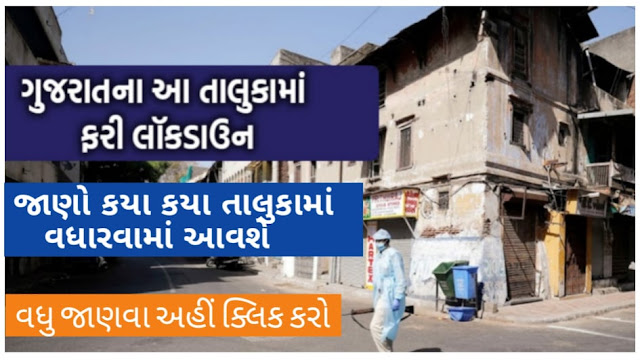 Corona virus cases have been increasing since the lockout in Gujarat. Ahmedabad has the highest number of cases in the state. Lalpur Gram Panchayat of Jamnagar Panchayat has decided to lockout from tomorrow.

Jamnagar: There will be a lockout in Lalpur taluka headquarters
Decided to lock again from yesterday
Gram Panchayat's decision to register a positive case for the second consecutive day
According to the information received, an important decision has been taken in a meeting of the gram panchayat of Lalpur taluka of Jamnagar district. The panchayat has decided to lockout from tomorrow. The incidence of corona virus is steadily increasing. The gram panchayat has also taken this decision voluntarily after registering a positive case yesterday.

Lockout in Lalpur since yesterday

In which lockout will be implemented in Lalpur village from tomorrow. So all markets will be open from 7 am to 2 pm and will be strictly closed after noon.