Home
will be no lockout after April 14

Modi signs - there will be no lockout after April 14; Chief Ministers of 5 states are not in favor of removing lockdown

Modi signs - there will be no lockout after April 14; Chief Ministers of 5 states are not in favor of removing lockdown 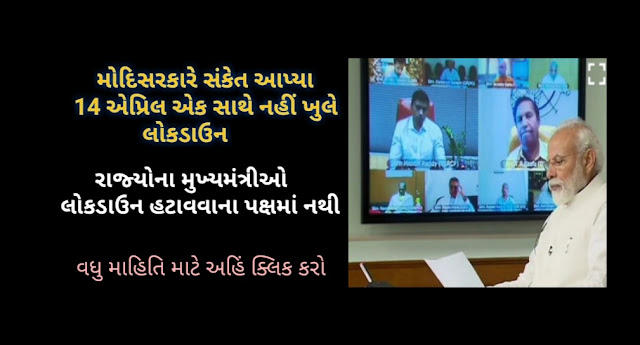 Narendra Modi held video conferencing with 16 opposition MPs
After the meeting, MP Pinaki Mishra claimed that the government would not remove the lockdown altogether


new Delhi. Prime Minister Narendra Modi on Wednesday discussed the Corona crisis through video conferencing with 16 NDA MPs and the opposition. After the meeting, MP Pinak Mishra said that Prime Minister Narendra Modi has made it clear that the lockout will not be lifted simultaneously. Mishra said that the Prime Minister told us that life before and after the corona infection will not be the same. Modi also indicated in a cabinet meeting that the lockdown would not be lifted completely. Apart from this, the Chief Ministers of five states Madhya Pradesh, Maharashtra, Rajasthan, Telangana and Kerala are also in favor of promoting lockout.