The stock market is facing large fluctuations due to corona virus. So the government has also reduced interest rates on all savings accounts, but in the meantime, gold is giving good returns. 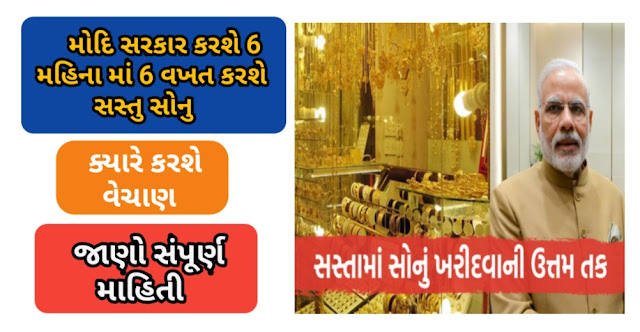 One gram to 4 kg of gold can be purchased


Investing in gold is proving beneficial. The Modi government has been offering investment in gold since 2015. In this scheme, one can buy at least 1 gram of gold, while the investment limit for gold is 4kg. However, investors are also exempt from taxation. Apart from this, loan can also be availed from the bank through the scheme.


Can I buy gold sometimes?

Gold is not bought at home, but can be invested

As you can tell, under the sovereign gold bond scheme, gold is not bought at home, but is used as an investment in bonds. Bond-based gold is determined by the Reserve Bank of India (RBI).

How can I buy gold?

You can get these bonds through Bank Stock Holding Corporation of India Limited Certified Post Office and recognized stock exchanges - National Stock Exchange and BSC.


Finance Minister Arun Jaitley has tweeted telling investors that if you supply online and make digital payments, you will get Rs. There will be a discount of 50. The central government is already campaigning for digital payments. People are asked to choose the digital payment option. Now there is an effort to make people digital friendly with the discount of gold bonds as the discount is available, so it would be worthwhile for the online investor to pay.

The scheme was launched in November 2015, aimed at reducing gold demand in physical form by reducing gold purchases and using financial savings through bonds. If you invest in 'sovereign gold bonds' instead of buying gold at home, you can also save tax.