Gujarat government has given concessions to start these industries, dates for ration have also been announced

Gujarat government has given concessions to start these industries, dates for ration have also been announced

The Gujarat government has given permission to start export industry in the state from 25 April. Ashwini Kumar, the private secretary to the chief minister, told a press conference that industries outside the export in urban areas have been allowed to start exports at 25. 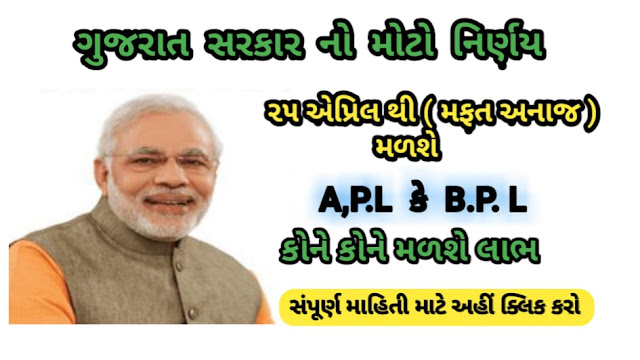 Apart from this, the government has once again announced giving free ration to NFSA card holders from 25 April. Food grains will be distributed to a total of 66 lakh families under NFSA.

Under which they will be given 3.5 kg of wheat and 1.5 kg of rice. Grain will be distributed to NFSA card holders from 25 to 29 April.

Government announced to give free ration

CM's private secretary Ashwini Kumar said that the CM discussed with the necessary officials. A final decision will be taken soon on this issue