After the lockdown, Facebook launched an app that would please gaming enthusiasts

After the lockdown, Facebook launched an app that would please gaming enthusiasts 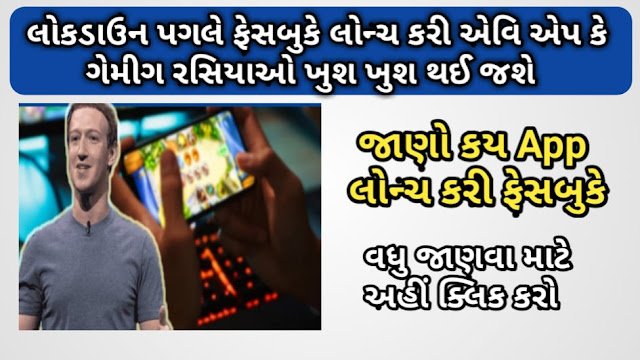 Gaming and video streaming have increased manifold in countries including India in view of the lockdown
You do not need to download any game or other application from this Facebook app.

Most countries in the world have lockdowns due to the corona virus. In such a situation, people locked in homes are streaming social media, video streaming and online gaming. Gaming and video streaming have increased manifold in countries including India. Because people do not move out of their homes. In view of the current gaming boom, the world's largest social media company has launched a gaming app called Facebook Gaming: Watch, Play and Connect.


In lockdown some people are busy on social media apps like Tictok while some spend their time in gaming. Facebook's gaming app is a special gift for those who want to play without downloading the game. The Facebook Gaming App can be downloaded for free from the Google Play Store. In the Facebook Gaming App you can join a group of players playing the game of your choice.

On this app you will also find videos of game publishers and game streamers. The great thing is that you don't have to download a game or other app. You will also be able to chat with friends during gaming.

Facebook's gaming app was scheduled to launch in June. But currently seeing the craze of people gaming in lockdown, Facebook has already launched this app. Currently there are no advertisements appearing on the Facebook gaming app, but Facebook may offer it in the future.