Education Minister of Gujarat has made a major announcement for teacher recruitment today. For some time, teachers have been sitting in the hope that the state government will recruit them. Then today Bhupendrasinh Chudasama had a detailed discussion about all the schools in the state and its policy. Then gave information about the recruitment of teachers. 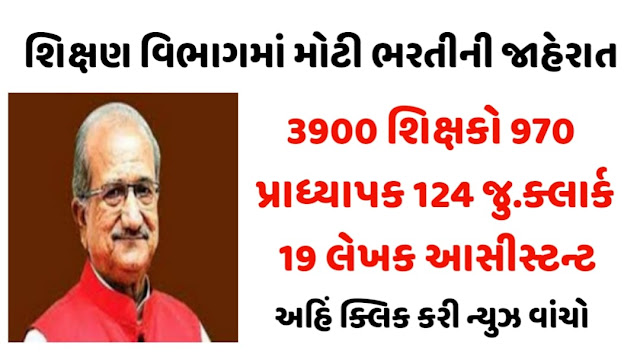 Talking about all the schools in the state and its policy, he said that a big allocation has been made in the budget to provide world class education to children in the state and to make Gujarat a center in the field of education.

14.41 percent i.e. Rs 32,719 crore of the budget of Gujarat will be used for education in Gujarat. Not only this, schools will be equipped with technology to make Gujarat a center in the field of education. The Mission School of Excellence project will replace 15,000-government primary, secondary schools to secondary-higher secondary schools in the coming years to impart world-class education to children.