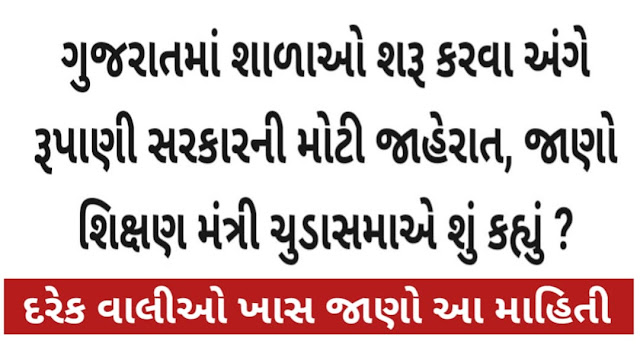 The Gujarat government had new decided to start schools and colleges in the state from 23 November. The SOP was also issued after the Diwali holiday, with the fifth benefit in the state announcing the launch of schools and colleges, but the decision was postponed due to growing cases of Corona. It is unlikely that school will resume by the end of this semester.