Schools will be beating again with the guidelines set from this month, the government is preparing

Schools will be beating again with the guidelines set from this month, the government is preparing 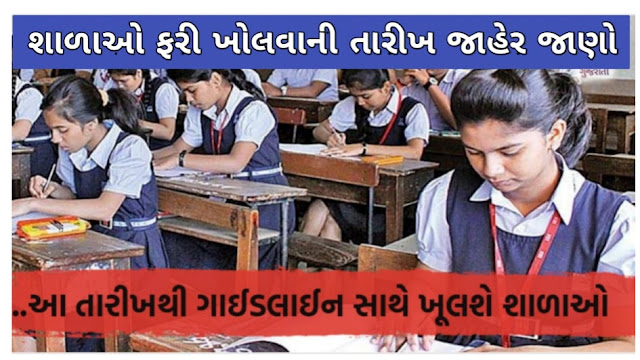 The school, which has been closed for four months, is likely to reopen in September or October. A decision will be taken in mid-September, given Corona's situation in the country. This year will not be declared as zero year even if the children miss education. This will be considered in the session itself. The government is making special preparations keeping in mind the states and all the difficulties. The schools will be reopened in phases as decided in the meeting. In which primary schools will continue online and higher secondary schools will be started as per the guideline.


As per the information received, half the work of the academic session 2020-21 has been completed. The country is restarting in Unlock 3 but educational institutions are closed. For this, suggestions of special individuals have been taken with the help of states to open schools and according to various states, the government plans to start schools by October.

Most schools will be open until October

It is worth mentioning that currently online classes are being conducted with the help of TV, radio, mobile, laptop, computer. But completely online education is not possible. Due to this, the school will reopen in September or October. The Ministry of Education, Ministry of Health and Ministry of Home Affairs will jointly prepare the guidelines. Even then the decision to open the school will be kept in the same state.

Schools to be started in 2 shifts

Schools will begin to open with students on board exams. Half the students will be called in one shift and the other in the second shift. The interval between 2 shifts will be kept at one and a half hours. So that the school can be sanitized. First shift school will not run second shift. At the same time, schools with 33 percent staff will be started. The first standard 9-12 schools will be started.

Class time will be reduced

Guidelines for reopening schools will keep school hours 3-4 hours. Special subjects will be studied. Schools will be reopened with fewer books. In this way no break will be given when school hours are reduced.

The sixth standard class will start by November

If this situation improves by Diwali, then standard 6-8 classes will start. They will also be called in shifts. Caution and rules will be followed here as before.