Good news by the Indian government regarding the Corona vaccine

Good news by the Indian government regarding the Corona vaccine 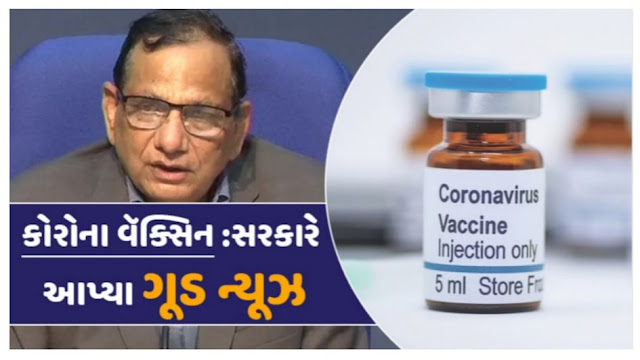 The corona virus epidemic is also receiving good news in India. India has been working tirelessly on the corona trial, with a record 8,99,000 corona being tested in the last 24 hours. On the other hand, AD-peak efforts are being made to find the corona virus vaccine. Good news has been given by the government on one of the three vaccines of corona virus mentioned by PM Modi.


Information provided by NITI Aayog
While India, which is battling the corona virus epidemic, is waiting for a vaccine, Prime Minister Modi on August 15 mentioned three different corona vaccines. Is underway and in the near future one of the vaccines will also reach the third stage. The other two Corona vaccines are in the first and second stages.

At the same time, the Union Health Minister, Dr. Harshvardhan said that on the one hand, scientists are working towards making the corona vaccine and working on obtaining the final product so that the vaccine can be available to all of us. A group of experts is constantly discussing production, pricing and distribution with vaccine manufacturers.

Corona tests are constantly increasing
On the symptoms of Corona virus, the government said that a new form of the disease is yet to come and is being monitored by scientists. Rajesh Bhushan, associated with the Ministry of Health, said that 19.70 lakh patients have been cured in the country, which is 2.93 times more than the active cases. The death rate due to corona virus infection in the country is less than 2%, while the number of corona viruses examined in the country in the last 24 hours is more than 899,000.