Apply money to farmers on animal deaths as well, do so

Apply money to farmers on animal deaths as well, do so 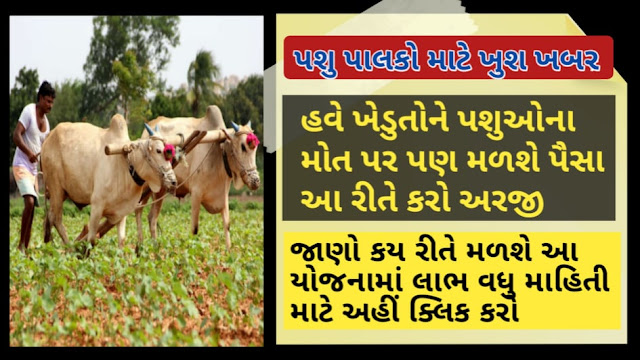 For farmers, livestock and farming are their only sources of income. The farmer insures the crop to avoid damage from any natural disaster, but often does not even think of livestock insurance, which is considered the basis of farming. The death of an animal due to an illness, weather or accident is more harmful for a farmer. The government has a livestock insurance scheme to compensate for losses from animal deaths. It is a centrally sponsored scheme which has also been implemented in 100 selected districts of the country. This scheme is being implemented regularly in 300 selected districts of the country.

A major part of the premium is borne by the central or state government
If we talk about the cost of milking cows and buffaloes, nowadays a good milking buffalo costs more than one lakh rupees. So if we talk about horses and camels, their value is in millions of rupees. It is therefore necessary that, like other goods, livestock is insured.

Farmers will have to inform their district veterinary hospital for insurance to insure their animals. A health certificate will be issued when the vet is in good health.
Veterinarians and agents of the insurance company will visit the farmer's home and check the animal's health.
The ear of the animal will be tagged by the insurance company while insuring the animal.
The farmer also takes a photo with his animal. The policy is then announced.

Under this scheme, insurance is taken at the current market price of domestic / hybrid dairy cattle and buffaloes. Up to 50 percent subsidy is given on insurance premiums. The entire cost of the grant will be borne by the central government. The benefit of the grant is limited to 2 animals per beneficiary and one animal is insured for a maximum period of 3 years.