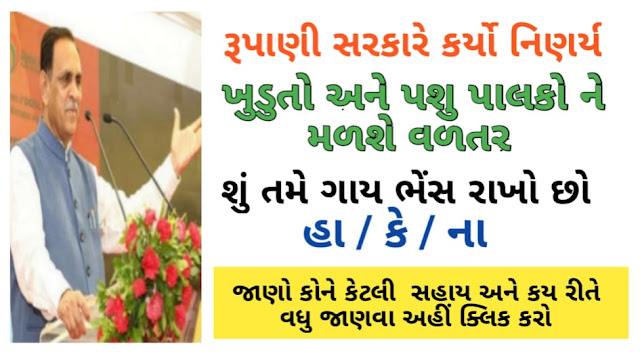 CM Vijay Rupani has announced compensation to farmers and livestock farmers for the damage caused by rain in the state, especially in Devbhoomi Dwarka and Jamnagar districts of Saurashtra.

After the announcement of Rupani government, RC Faldu said
After the cabinet meeting, Agriculture Minister R.C. Faldu gave information about this. Faldu said that in areas where there has been heavy rainfall, a survey will be conducted by the government. Thereafter compensation will be paid. The government has decided to send a team to areas with heavy rain. But the state government showed readiness.

Survey will be done first and assistance will be paid later
Importantly, the government has directed the Revenue Department and the Water Resources Department to survey the damage caused by heavy rains. CM Rupani has directed to complete the survey at the earliest and provide compensation to the farmers and countryside.

The Agriculture Minister said that swarms of locusts have appeared in some parts of North Gujarat. Which is being monitored by the government. If there is a large group, the Department of Agriculture will take action to control it. Officers have been instructed.