Good news for cricket fans, IPL date has been fixed, know when the cricket match will start

Good news for cricket fans, IPL date has been fixed, know when the cricket match will start 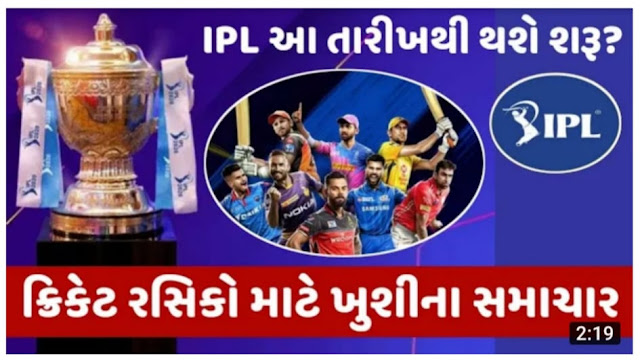 After the cancellation of the Asia Cup and the T20 World Cup 2020, the way for the Indian Premier League (IPL) was cleared. Now the date of IPL has also been revealed. The world's most popular cricket league will start in the UAE on 19 September.


The Indian Premier League (IPL) closed on 19 September in the United Arab Emirates (UAE). The final match of this tournament will be played on 8 November. BCCI sources gave this information on Thursday. The IPL franchise has been informed of this formula. This is likely to be confirmed by the IPL Governing Council in the next few days.

Earlier, a BCCI official said that the board was in touch with UAE Airlines and history. They have sought information about their August schedule, as the team may leave for the UAE at the end of August.

The official said that the concerned team of the BCCI has contacted airlines like Emirates, Etihad in the UAE and asked how they are thinking about starting air services and whether they are in India in cities like Delhi, Mumbai, Kolkata Thinking of starting an air service in India. .