Home
destruction pass over the earth

Tomorrow, even greater destruction than Everest will pass over the earth, knowing the time, speed and distance

Tomorrow, even greater destruction than Everest will pass over the earth, knowing the time, speed and distance


There are only a few hours left to pass through the Earth. The devastation is going to cover millions of kilometers from Earth, but this distance is not considered very great in space. The disaster will be three times the speed of the rocket and can cause a major disaster if it hits Earth or a planet. 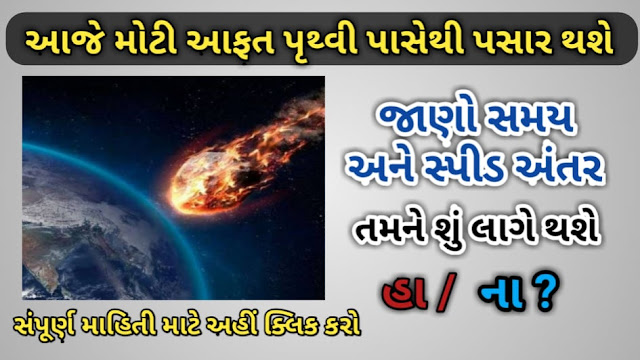 Another disaster knocked down amidst the chaos of Corona
An asteroid will pass close to Earth tomorrow
A new disaster is coming from space against the world battling the Corona virus. Scientists around the world are worried about this. If there is a slight change in direction, the consequences can be severe.

How many countries can be ruined

About a month and a half ago, the US space agency NASA revealed that a large asteroid is moving very fast towards Earth. This asteroid is larger than Mount Everest and if it hits the Earth, a large tsunami may occur and many countries may be devastated.

This pass will be 63 million kilometers from Earth

However, NASA believes that there is no need to panic about the asteroid as it is about to travel about 6.3 million kilometers from Earth. In astronomy, this distance is not considered to be large but short. The following is a photo of the asteroid taken on April 21.

Disaster is moving 3 times the speed of rocket

The name of this asteroid is 52768 (1998 or 2). The just asteroid was first spotted by NASA in 1998. It was then about 4 kilometers in diameter and had a top speed of 31,319 kilometers per hour or about 8.27 kilometers per second. Which is three times that of a normal rocket. Only then this disaster appears ...

By the time the disaster passes close to the Earth, it will be at 3.26 pm in India. It cannot be seen with the naked eye due to the rays of the sun. The video of this disaster is as follows.