Under this scheme of Modi government, the middle class of the country will get big benefit.

Under this scheme of Modi government, the middle class of the country will get big benefit. 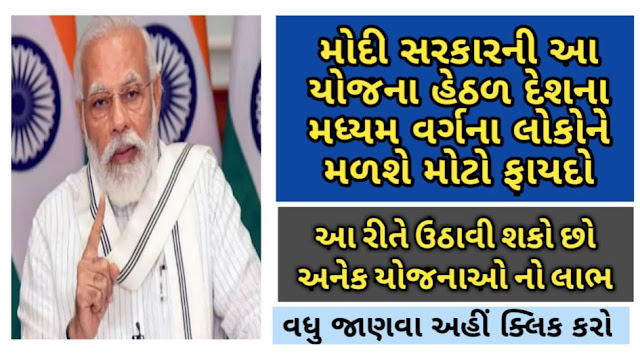 The government will expand this popular scheme to give the benefit of Living India Pradhan Mantri Jan Swasthya Yojana to the poor population of the country. Also, the government will bring its various health insurance schemes under the Jeevan Bharat Scheme. With this, not only the poorest sections of the country, but other people will also be able to take advantage of cheap insurance scheme. The NHA has approved for its pilot project.

Provide cashless health insurance cover
The central government is currently providing cashless health insurance cover of up to Rs 5 lakh per year to about 10.74 crore poor needy families under its flagship scheme. According to a Live Mint report, the governing body of the National Health Authority (NHA) on Thursday decided to implement the scheme through various sections of the country such as unorganized sector workers, self-employed, professionals and micro, small and medium enterprises. took. Has allowed insurance to be introduced at the pilot level to cover the population. The pilot project has revealed that various steps will be taken to implement this scheme effectively.

Launch of Ayushman Bharat Scheme
It is noteworthy that Prime Minister Narendra Modi launched the Ayushman Bharat Yojana from Bijapur district of Chhattisgarh on April 14, 2018, on the birth anniversary of Baba Saheb Bhimrao Ambedkar. This scheme can be availed anywhere in the country in the empaneled private and government hospitals.