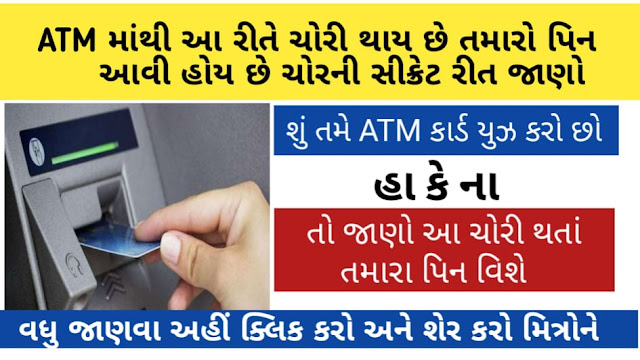 If you use ATM to withdraw money, then this news is very important for you. Because, we are going to tell you that you will be shocked by listening and seeing. Because, how a thief has discovered a heartbreaking way to clone an ATM and steal his PIN number. Everyone will be surprised to see this.

Took a look at the plate
This is the case of Vaishali area of ​​Ghaziabad. Where a doctor went to withdraw money from Axis Bank ATM. If the money did not come out, he looked carefully at the machine and saw a plate with double tape near the place where the pin was numbered. As soon as he took out this plate, the whole plate came out.

Police immediately reached the spot
The plate had a battery, a camera, an ASD card and with its help, the vicious thugs were tracking ATM cloning and PIN numbers of people used in the machine. He immediately informed the local police. So the police immediately rushed to the spot and started investigating the case.

The local people filed a police complaint
It is noteworthy that Dr. Sunil Shastri is a doctor at Ganga Ram Hospital in Delhi. He also made a video. Local people have filed a complaint with the police. The precautionary police has shut down the ATM machine, but no action has been taken on it. No information has been given to the police in this regard.