After the ban on Chinese apps, now the phone will also tweak

After the ban on Chinese apps, now the phone will also tweak

Chinese mobile handsets can also be banned after the government's Chinese app. According to sources, the Digital Communications Commission may give green signal to data privacy and security recommendations at its meeting on 19 September. Tension on the border between China and India, if mobile apps are also banned after Chinese apps, will suffer a major setback to China. China's mobile industry will be hit by the Ritter earthquake. India is the largest market for Chinese mobile companies. 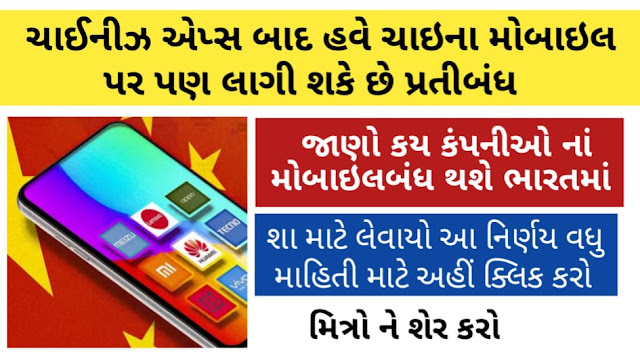 India's ban on Chinese apps has had a major impact on sports companies including TechTok, Hello and PubG. Mobiles like Oppo, Vivo and Xiaomi will no longer be available in India. Currently, the Modi government wants to resolve this tension in a peaceful manner, but China is increasing its military presence along the border. Amid tensions, sources say that India will not back down from banning mobile companies.

Companies have to get data security

Meanwhile, TRAI has said about OTT apps like Facebook, Twitter, WhatsApp, that there is no need for guidelines for their regulation. However, he has been urged to monitor these applications. So that it can be regulated when needed. TRAI says that it would not be appropriate to regulate them. The market controls them. 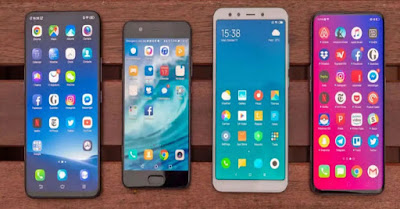 If TRAI controlled them, it would have a bad impact on the industry. "We need to monitor, not regulate," TRAI said. Action should be taken against these applications only when needed. Also privacy, there is no need to compromise the security of OTT apps.

Earlier, the Indian government had banned 59 Chinese applications (apps) used in mobile and non-mobile digital platforms. This is a kind of digital strike on China. Banned apps also include Tiktok, Wichet, Xander, Hello, UC Browser etc., which are widely used in India. Tiktok has also gained extraordinary popularity in India. This decision was taken under Section 69-A of the Union Ministry of Information Technology.

Earlier, the Ministry of IT and Electronics banned 59 popular Chinese apps in India. These included major apps such as TicketLock, Hello, WeChat, UC News. On the direction of the central government, the government has again put a stop to 118 new applications. The Chinese app is regulated under section 69A of the technical chapter. Electronics and the proposed ministries indicate that they have received numerous complaints from unreliable sources of AIPS. These include misuse of some mobile applications available on Android and iOS platforms for theft, unlimited users in users' data, etc.

Significantly, there has been tension between India and China since the beginning of May on LAC in Ladakh. Tensions escalated in mid-June when there were violent clashes in the Galvan Valley between soldiers from both countries. 20 Indian soldiers were killed in the clashes, while several Chinese soldiers were also killed. At the same time, again last month, Chinese troops took provocative action. In response to recent tensions from China, India has again banned 118 applications.