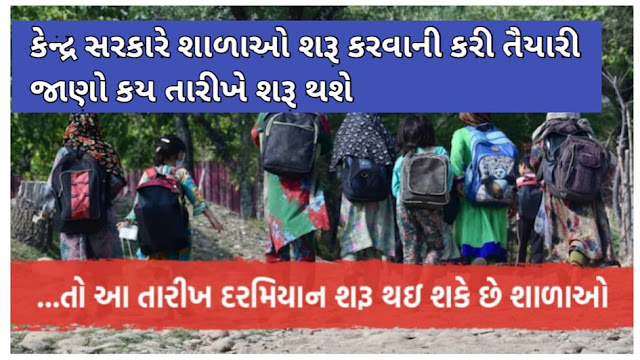 Corona virus cases are increasing across the country. Meanwhile, children's education is also being affected. With this, the central government is now considering starting the school from next month.

Consider starting school next month
Central government steps to start school
Consider starting school from 1 September
The central government plans to start the school in phases from 1 September to 14 November. However, the final decision to start the school will be left to the state government. Initially higher secondary and college will start. In the first phase, classes from standard 10 to 12 will begin.

Most parents talk about not starting schools

The central government is considering starting school from September. We tried to find out what parents think about the issue. However, most parents are of the opinion that school should not be started during the transition to Corona. It is not possible to completely follow Corona's guideline in school.

Opposing the government's idea of ​​starting a school, the parents said that the situation was so serious that if the government banned the celebration of Parva, how could a school be started in such a Corona crisis. Most parents opine that education is not more important than the life of children. In the present time, the priority should be to keep children safe.

Corona broke all records in India in the month of August

Corona virus cases are increasing in India. Then in the month of August, Corona broke all records in India. India reported the highest number of cases in the first six days of August. And this number is even higher than the US and Brazil and India also ranks third in the world in terms of deaths from Corona in August.