Gujarat government pledges higher tariffs in the interest of consumers

Gujarat government pledges higher tariffs in the interest of consumers 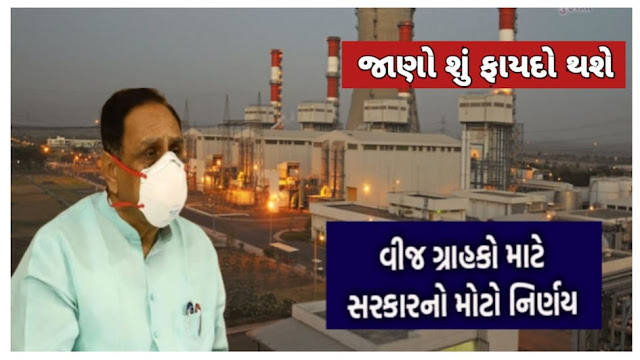 Eventually, the government shut down the power companies. The government announced today that consumers are also entitled to a reduction in electricity rates as coal prices fall. And decided in the interest of consumers.

The situation changed by the state government during the period after the resolution of 1-12-2017, keeping in view the changes in the stance of the Indonesian coal market and the interest of the state's electricity consumers. The Gujarat government's press list said today that the previous resolution has been rescinded by the resolution dated 16-09-2050.

What was the old rule

Ta. This resolution was 1.12.2017 for three imported coal based power projects located in the state. Under which four power purchase agreements were made. Accordingly, Coastal Gujarat Power Ltd. The supplementary agreement was not signed due to non-consent of other participating states.

While Essar Power Gujarat Ltd. The supplemental agreement has been conditionally approved by the Gujarat Electricity Regulatory Commission, against which an appeal has been filed by the Essar before the Appellate Tribunal, thus making this supplemental agreement unenforceable. While under a supplementary agreement entered into by Adani, Ta with Adani Power. GUVNL has filed a petition before the Central Electricity Regulatory Commission (CERC) seeking cancellation of the approval of this supplementary agreement for violation of the main condition of the project, vide resolution dated 12-2017. To bear the loss of the previous period. Thus, all the above projects were completed on Dt. The tariff is not recoverable as on 1.12.2018 resolution.

It may be mentioned here that the Government of Gujarat has given a big twist to the big power sector companies. Electricity supply companies were allowed to charge higher tariffs in 2018 in view of rising coal prices. The decision has been taken keeping in mind the non-disclosure due to falling coal prices. It has been announced by the state government. Special information about this was first given by vtvgujarati.com. The state government has sealed the news of VTV.

Consumers can benefit from the reduction in international coal prices

State Government Dr. The resolution of 1.12.2012 has been canceled and dated. In the interest of consumers, a new guideline has been issued from 19.03.2050, which includes other reputable market indices for calculating the price of coal in view of changes in the Indonesian coal market after 2014. So that the project developer can procure coal at a competitive minimum rate and the customer can take advantage of the reduction in international coal prices from time to time.

Electricity rates will come down and the state consumers will benefit

In order to approve Essar Power's supplementary agreement by the Gujarat Electricity Regulatory Commission, the proposed amendments such as improved operating parameters, tariffs, calculation of transit losses and dismissal and other charges (3%) by the state government in the interest of power consumers will be new guidelines. Are included in. So that electricity rates will come down as compared to the resolution dated 1.12.2018 and the state consumers will benefit.

Transparent procurement of coal through process

In addition to the above mentioned better operational parameters for calculating fuel costs under this method, the project developer must procure coal in a reasonable, competitive and transparent manner that will reduce the electricity rate and at reasonable rates for the remaining 15 years of the power contract Will provide power supply to customers.

As per this guideline, the tariff under the supplementary PPA under implementation has been reduced by an estimated 20 paise per unit at the June 2020 price level, a significant reduction compared to the resolution dated 1.12.2018.

As per the guidelines, Indonesian maximum allowable price (HBA) guidelines have been reduced from 110 per metric ton to 50 per metric ton and the provision for change under the maximum coal price every three years has been repealed. Any change in the maximum rate will be applicable only after approval of the Electricity Regulatory Commission. In addition, customer-oriented benefits such as fixed cost reduction, mining profit share, GUVNL's option for extending the power contract period, etc. have been retained in the new guidelines.

The tariff payable as per the above guidelines will be lower than the resolution dated 1.12.2018 which is less than the tariff currently payable as per the original agreement. Thus, consumers will be able to take advantage of the reduction in imported coal prices as per the new guidelines. Thus, by the State Government, Dr. The action to repeal the resolution dated 1.12.2017 and implement the new guidelines is in the interest of the consumers of the state so that the supply of electricity is available at a reasonable rate.