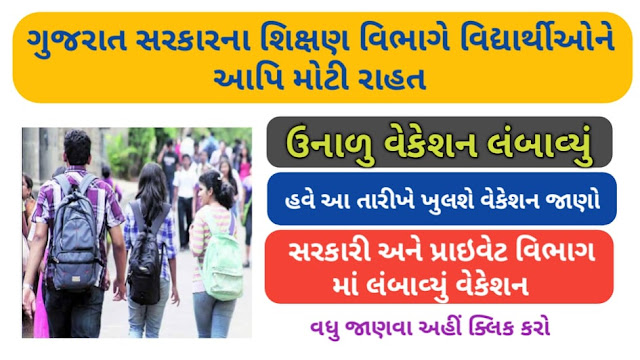 
While coronavirus is spreading all over the world, the state of lockout is underway across the country due to the novel coronovirus. Meanwhile, the Education Department of the Government of Gujarat has given great relief to the students. The government has extended the leave of all government universities and their affiliated government, private and aided colleges till 20 June 2020.

The vacancy was first announced by 16 May

Earlier, the Department of Education had scheduled a summer holiday from April 25 to June 16 for all government universities according to the calendar. The circular of 13 April declared a holiday for all government and its affiliated government, private and aided colleges from 15 April to 16 May.

The number of positive cases in the state reached 7013

It may be mentioned that the number of coronavirus positive cases in Gujarat is increasing day by day. This has made it very important for people to follow social distance and government regulations. Coronavirus is growing in the state. In the last 24 hours, there have been 388 cases of corona. 29 people have died in the state. There have been a total of 425 deaths in the state.

More than 60 percent of the cases in the state are in Ahmedabad alone.

In view of this, it can be estimated that more than 60 percent of the cases across the state have been reported in Ahmedabad alone. The transmission of corona has increased to such an extent that cases were reported in 14 districts of the state today.

There were 2 cases in the district. In the last 24 hours, 28 more patients were infected with corona in Gujarat, out of which 25 died in Civil and SVP hospitals in Ahmedabad alone. The death toll in Ahmedabad has now risen to 298. Seeing this, the state government is worried. 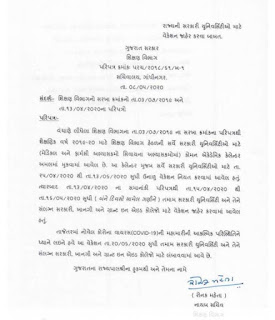 The state government has announced the help of private doctors in Gujarat. Private doctors have started assisting the treatment of serious patients in Ahmedabad Civil. Expert doctors are also being consulted on high mortality rates.