Now major changes are going to happen in the new rules related to ration card. There were complaints from different sectors that when ineligible people are also taking ration, then the rules are going to change. 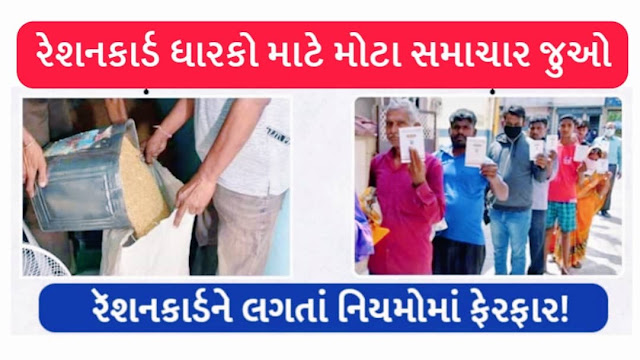 rules will come into force soon

new rule will be transparent

According to the Department of Food and Public Distribution, 80 crore people across the country are benefiting from the National Food Security Act. There are many people who are financially well off. Keeping this in mind, the rules are being changed. These rules will be made transparent.

Why is the change happening?

Food and Public Distribution Department Secretary Sundhashu said, “Meetings are going on with the states for the last six months. The new rules are being drafted based on the suggestions given by the states. Will be finalized soon. After these rules, only those who come under these rules will get food grains.

one nation one ration card

Once this scheme is implemented across the country, any cardholder will be able to buy his ration from any state ration shop under the National Food Security Act. A senior Food Ministry official said that in order to achieve the goal of ration card portability at the national level, it is necessary that all the ration cards issued by different states and union territories are in a standard format. That is why a standard format of ration card has been issued for the issuance of ration under the National Food Security Act.