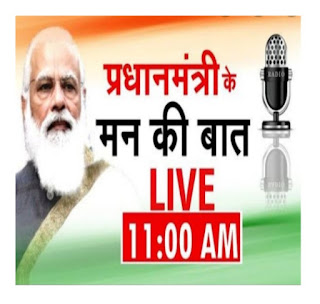 At 11 am, PM Modi will speak his mind

It is noteworthy that Prime Minister Modi's keynote speech will be special this time in view of the growing cases of Corona and the ongoing Assembly elections in 4 states and one Union Territory. However, during the elections, the Opposition has repeatedly questioned Mann Ki Baat.

He did not learn Tamil in the last episode

On 28 February last month, Prime Minister Narendra Modi said in the 74th edition of his monthly radio program Mana Baat that water is, in a way, more important than Paras. It is said new that with the touch of Paras, iron turns into gold.

He also said that Tamil is a beautiful language, which is popular all over the world. Many have told me a lot and about the quality of Tamil and literature and the depth of poems written in it. I thought about this question and said to myself that one of my drawbacks is that I could not work hard to learn Tamil, the oldest language in the world, I cannot learn Tamil.

Which was mentioned by Jagdish Kunal of Uttarakhand

The rain water from this canal started flowing directly into the lake, now this lake is filled with water. Friends, Jagdish Kuniyalji's work in Bageshwar, Uttarakhand teaches a lot. The water needs of the people have been fulfilled due to the work of Jagdishji.